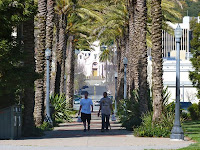 This afternoon's walk on Andersen Drive in San Rafael was primarily on sidewalks (shown as a solid, green line on 2012-2013 Bay Trail Map Set). I parked a few blocks off the Bay Trail near the Terwilliger Nature Education Center and WildCare* facility so I could see some additional birds (pelicans, turkey vulture, others) after my stroll down Andersen Drive.

First, I walked (north) through Albert Park, between rows of palm trees with a view of the Mission San Rafael Arcángel. When I reached Andersen Drive I headed right/south on the sidewalk (on Andersen) toward Bellam Boulevard. 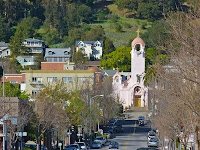 Along the way, I passed through a light industrial area, and a few metal quonset huts sticking up over the fence to my right. Some of these arched steel, prefabricated structures were inscribed with interesting painted, partly faded signage; others had letters which spelled out mysterious words like: "PUMPS."

Trees lining the sidewalk were laden with white blossoms, a sure sign of spring. A bush with bright pink/purple sweet pea flowers spilled through a fence within smelling distance of where I stood. Tiny patches of grafitti sprouted on cement surfaces. 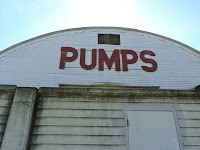 I became aware of the Cal Park Hill bicycle/pedestrian trail to my right, and merged with it before I reached Bellam Blvd. Somehow this bike path had escaped my notice on my first walk around the Bay. I turned around when the bike path passed the intersection of Bellam Blvd. and Andersen and started to curve south. 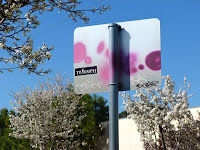 After turning around, I walked west, back up Andersen Drive, and made a stop at Safeway for something to eat and drink, then proceeded on (southeast) to WildCare. I arrived before closing time (and the last feeding of the day), and caught glimpses of pelicans in the courtyard/pool area. I also saw a great (white) egret that may have flown in hoping for a fish.
Wildlife Sightings: 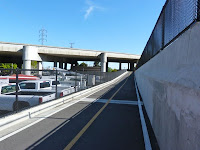 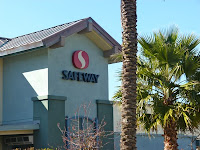 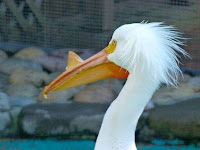 1 duck (in creek); 2 sea gulls; 33 pigeons; 9 crows/ravens; 2 hawks/birds of prey (one screeching and chasing another one - possibly a fledgling asking for food from an adult); 1 rusty screw (and several nails) 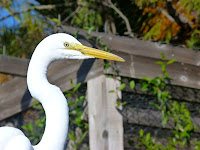 *WildCare treats approximately 3,000 injured or sick animals per year, and seeks to educate the public on how to best co-exist with fellow wild creatures.

Posted by Corinne DeBra at 9:55 AM