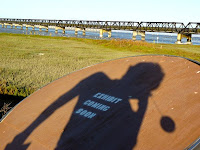 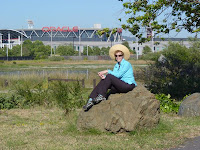 The best way to reach me is via email, at the address above. 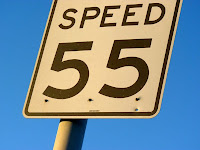 Hello and thank you for visiting Walking the Bay. My name is Corinne DeBra (pronounced Core-Inn' De-Bray' -- last name rhymes with "the bay").

From 2009-2011, I made my first clockwise walk around San Francisco Bay, following the existing (and some planned) segments of San Francisco Bay Trail. When I finished in September 2011, I celebrated with friends at Shoreline Park in Mountain View.

In December 2011 I was able to access and walk final segments of trail that I'd had to skip---that had been closed in the East Bay when I first passed by--allowing me to reach 1,000-mile mark.

Later that same month, I started a second, slower round-the-bay walk following the ever-changing and expanding Bay Trail and connector trails. I finished this second walk, and now I'm circling the bay for the third time, although this promises to be an even a slower walk (partly due to COVID-19 park and trail closures that began in 2020).

I will continue to explore other waterside trails in the world, as long as I'm able.

I also lead small group walks. Please contact me if you're interested in arranging a possible walk at corinne.debra(at)gmail.com.