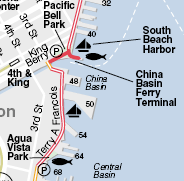 It was interesting to see plans taking shape on today's walk up the Terry A. Francois street segment. Thank you to Toni, who accompanied me. We strolled (North) by the new biotech campus in the building phase, south of the ballpark; passed the striped blue and yellow Cirque du Soleil tents (the cirque was in town); and spent some time 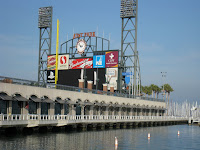 walking around McCovey Cove and the China Basin Park area across the water from the stadium. We continued North, over the bridge, to AT&T Park (where the San Francisco Giants play baseball (formerly known as PacBell Park)) -- walking out as far as the end of the pier near the marina.

It was a great day to see cormorants. This is the largest number I've seen to date in one area. 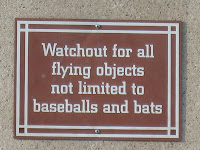 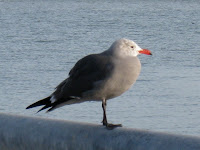