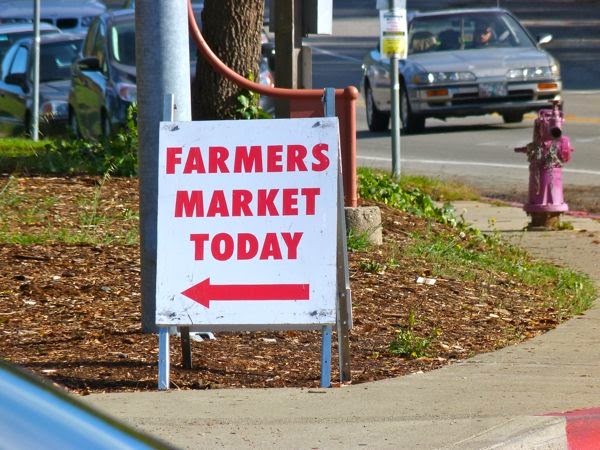 After I'd stowed my market purchases in my car, I headed north on Civic Center Drive.

The first part of this walk was on sidewalks and paved (asphalt) paths (green dotted and solid lines on Bay Trail Map). I also chose to take a detour and walk along a packed dirt path that wasn't part of the Bay Trail, before returning to paved surfaces (walkways and parking lots). 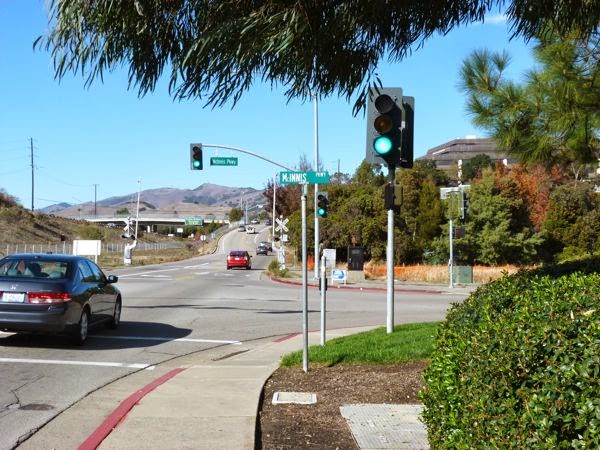 From Civic Center Drive, I turned right onto McInnis Parkway, and continued to the end of the road (marked by horizontal white planks and an "End" sign). 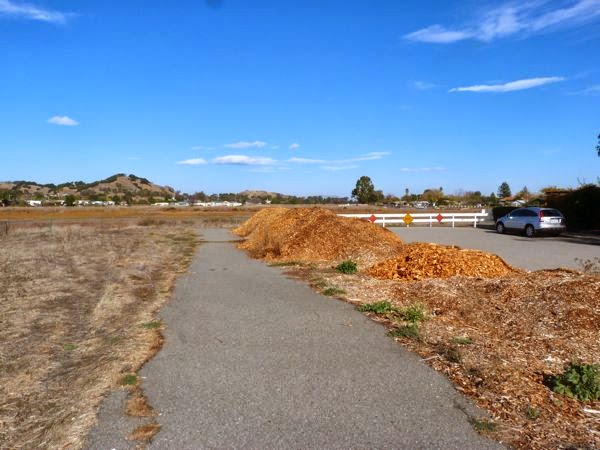 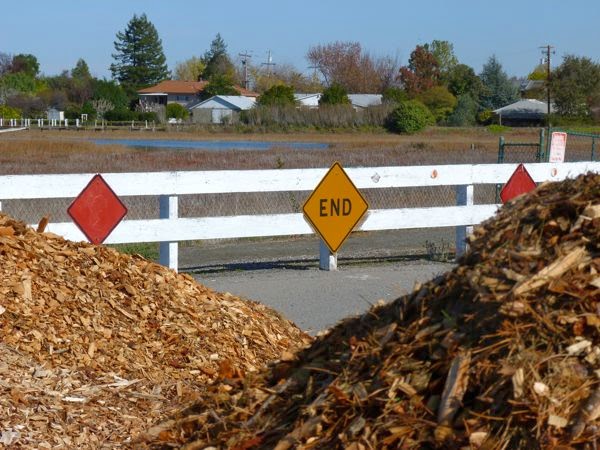 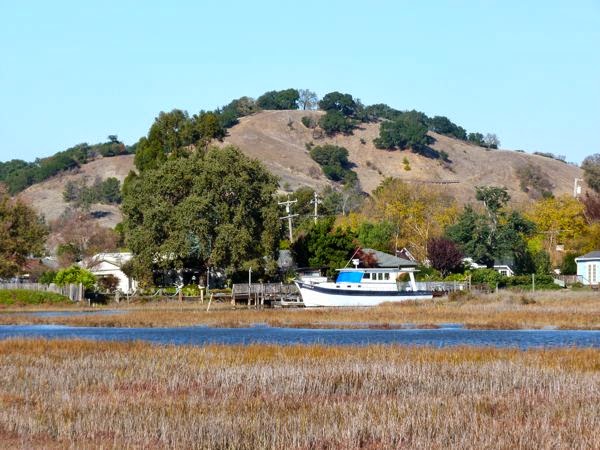 Where the asphalt path along the road ended there was a gated entrance to a packed dirt trail on the right side, marked private (open to local residents). I followed this trail -- with views across water to Via Venetia area, and Santa Margarita Island Preserve. 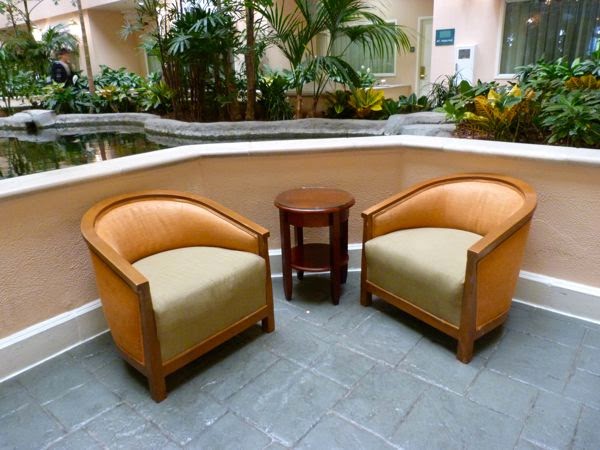 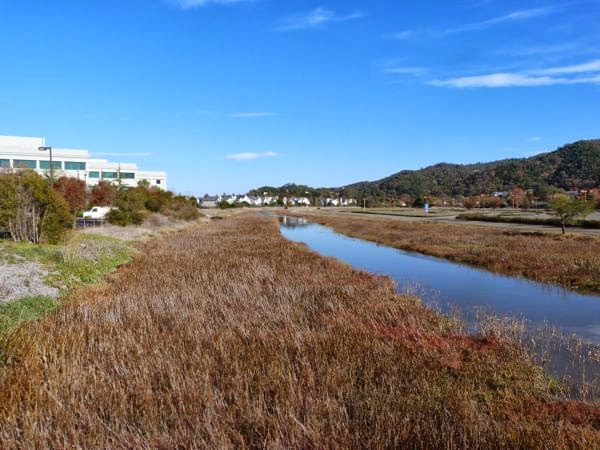 The dirt/gravel trail continued to wind around to the right, affording some great views of Mount Tamalpais and the tops of the blue-domed roofs of Civic Center buildings. I followed this trail until I reached buildings again (the back sides of buildings on McInnis Parkway), and a back entrance to the Embassy Suites hotel. 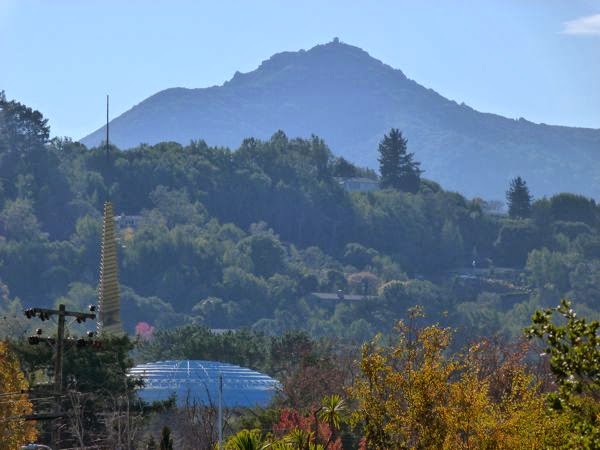 I made a brief stop at Embassy Suites. This hotel chain often has large internal spaces on the lobby level filled with light and green plants, and I'm always interested in finding possible overnight stops for Bay Trail walking. After my stop, I returned to the trail, and crossed a nearby bridge over the south fork of Gallinas Creek. Once on the other side, I headed back toward the Marin Veterans Memorial Auditorium (part of extended Civic Center complex) parking lot, and to where my car was parked near the Farmers Market.